The word Vatnajökull translates to “The Water Glacier”, because of how much water is locked into the glacier’s thick ice. In fact, Vatnajökull’s ice is so thick that it covers several valleys and mountains below its surface!

Vatnajökull has 30 outlet glaciers that create a backdrop of brilliant glacier tongues. Its landscape runs along the southern part of Route 1 (the Ring Road) and flaunts lovely shades of icy blue. 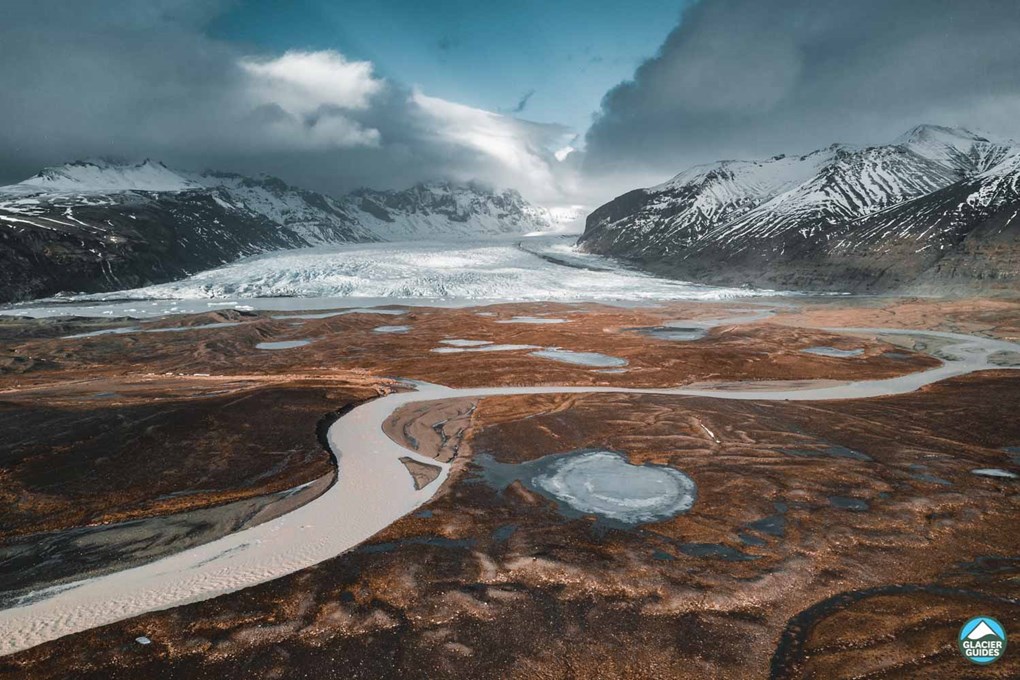 Vatnajökull Glacier can get to 1000 m (3281 ft) deep and its total ice volume is a whopping 3300 cubic kilometers. Wide plateaus with several valleys and mountains are concealed underneath its thick ice, making the glacier a true natural wonder.

The geology of Vatnajökull is vast in scope and decorated with everything from glacier lagoons to hidden volcanos. Some of these hidden volcanoes remain active, and include Bárðarbunga (2020 m), Öræfajökull (2110 m), and Grímsvötn (1,725 m).

Another central feature of Vatnajökull, Iceland geology is its magnificent outlet glaciers, including the famous Svínafellsjökull and Fallsjökull glaciers. These rugged outlets create dynamic landscapes that are a colorful feast for the eye no matter where you turn. 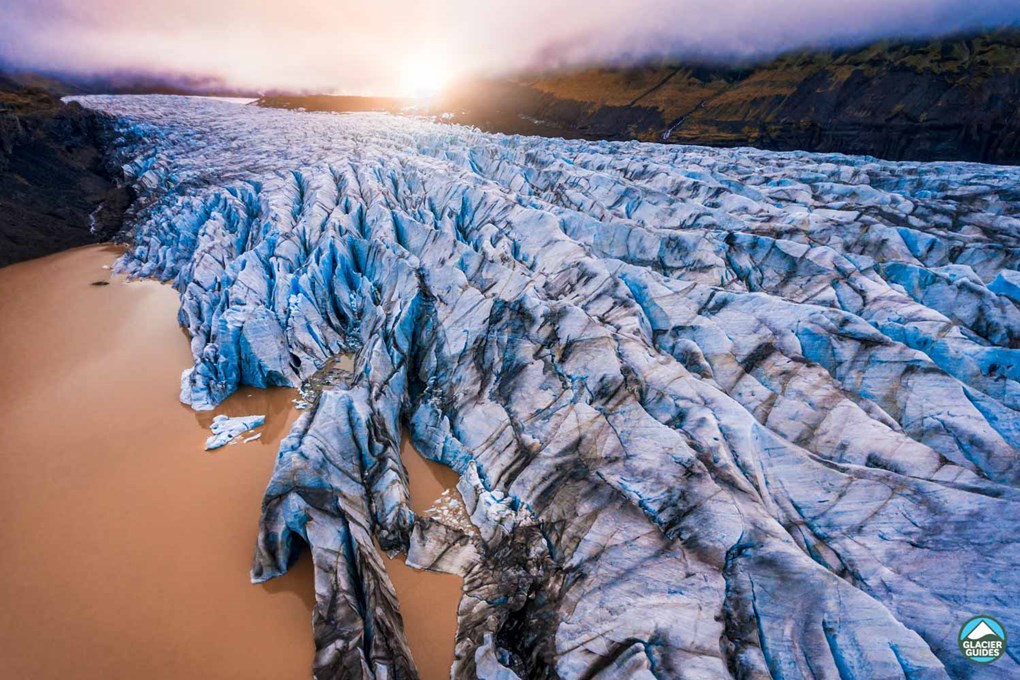 Where is Vatnajökull Glacier Located?

Vatnajökull is situated along some of the most beautiful natural landscapes in Iceland. From Lake Þórisvatn in the West to Fljótsdalshreppur in the East, its landmass reaches far and wide.

The glacier even stretches out to Iceland’s southern coastline, giving drivers a panoramic icy backdrop along the famous Ring Road!

How to Get to Vatnajökull From Reykjavik

Driving from Reykjavik to Vatnajökull Glacier is a scenic trip filled with iconic Icelandic attractions and landmarks. Once leaving the city, the directions are clear. Simply head east along the Ring Road (Route 1) until you reach your final destination!

Before reaching Vatnajökull, you’ll pass by sights such as the breathtaking Seljalandsfoss waterfall and alluring Reynisfjara Sand Beach. Once you reach the town of Kirkjubæjarklaustur, it’s up to you to decide how to get to Vatnajökull. 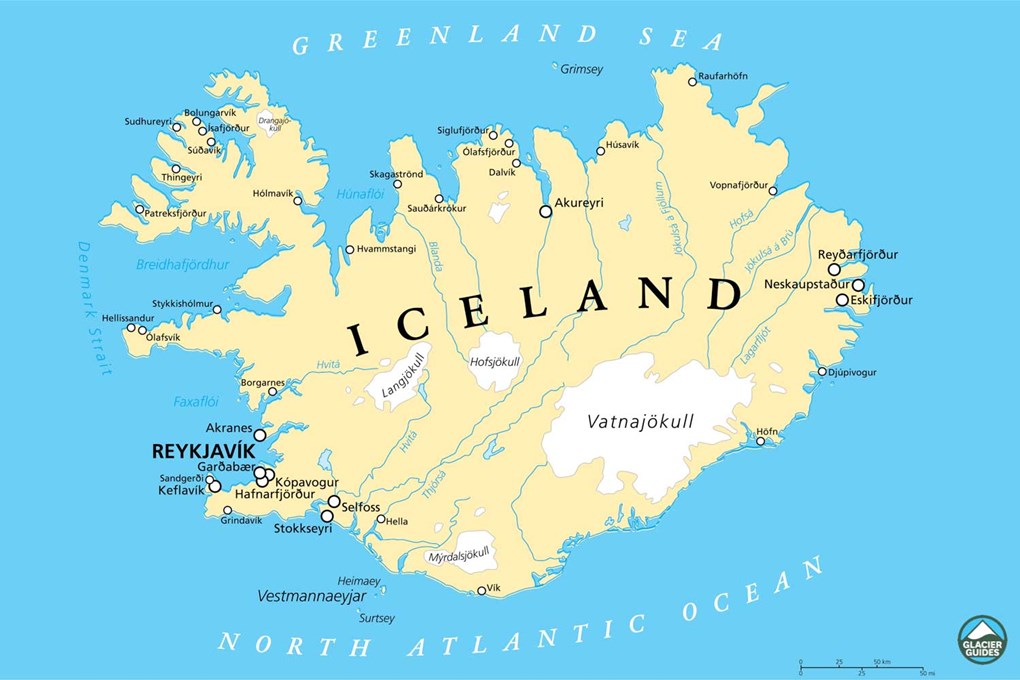 The weather at Vatnajökull is extremely varied and changes constantly. In elevated areas, Vatnajökull temperatures rarely go above 50°F. High elevation can cause snow and rain, and strong winds push very cold air down into lower lands.

Lower altitude temperatures are around 4–23°F in winter and 41–59°F in summer. Rain and harsh winds can happen out of the blue, so remember to pack warm clothes. Also, don’t forget to check weather and road conditions before hitting the road! 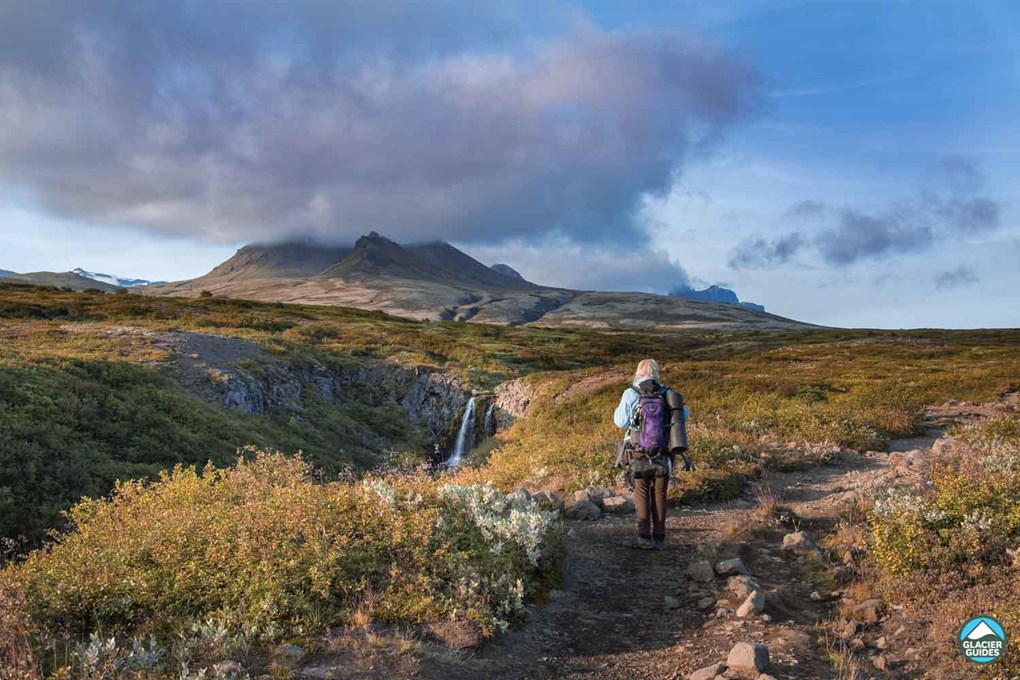 It is believed that up to one meter of Vatnajökull Glacier ice melts each year. Some predictions even show that it may lose up to 25%–35% of its core ice in half a century. One more reason to plan your Vatnajökull visit sooner rather than later! 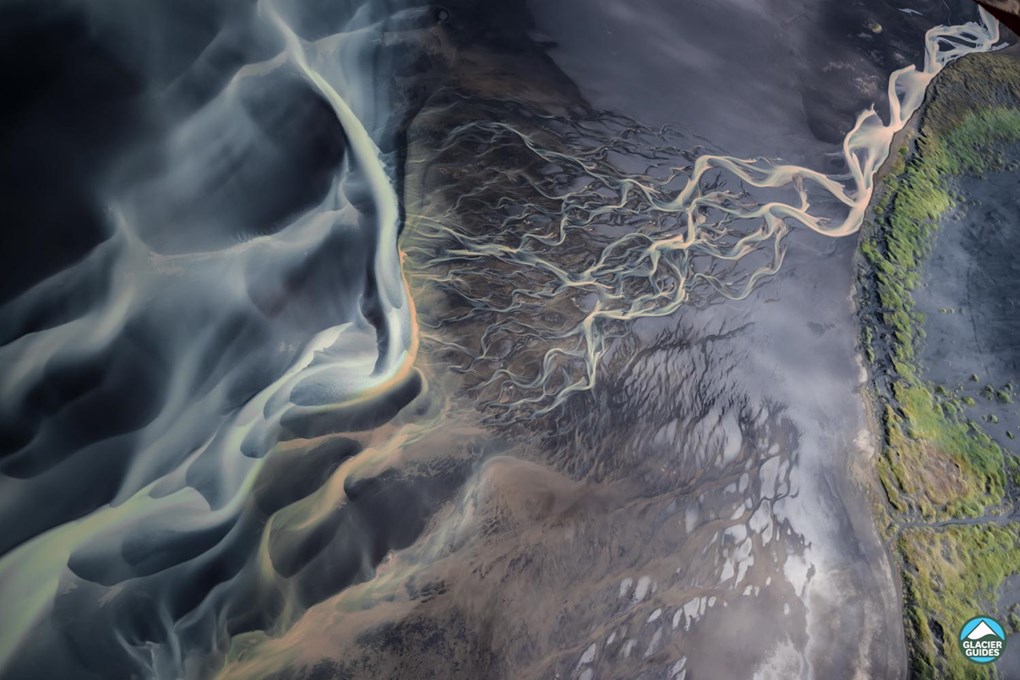 Things to Do on Vatnajökull Glacier

From glacier lagoon kayaking to thrilling snowmobiling tours, there’s something for everyone at Vatnajökull Glacier. To experience the full magic of the park, we suggest trying out a glacier hiking or ice caving tour!

Walk Along a Glacier Tongue

Falljokull Glacier is Vatnajökull’s number one glacier tongue and one of Iceland’s most beautiful hiking areas. For most tours, knowledgeable glacier guides will provide you with everything, including ice axes, crampons, and helmets.

It is possible to hike all year round and suitable for most levels. 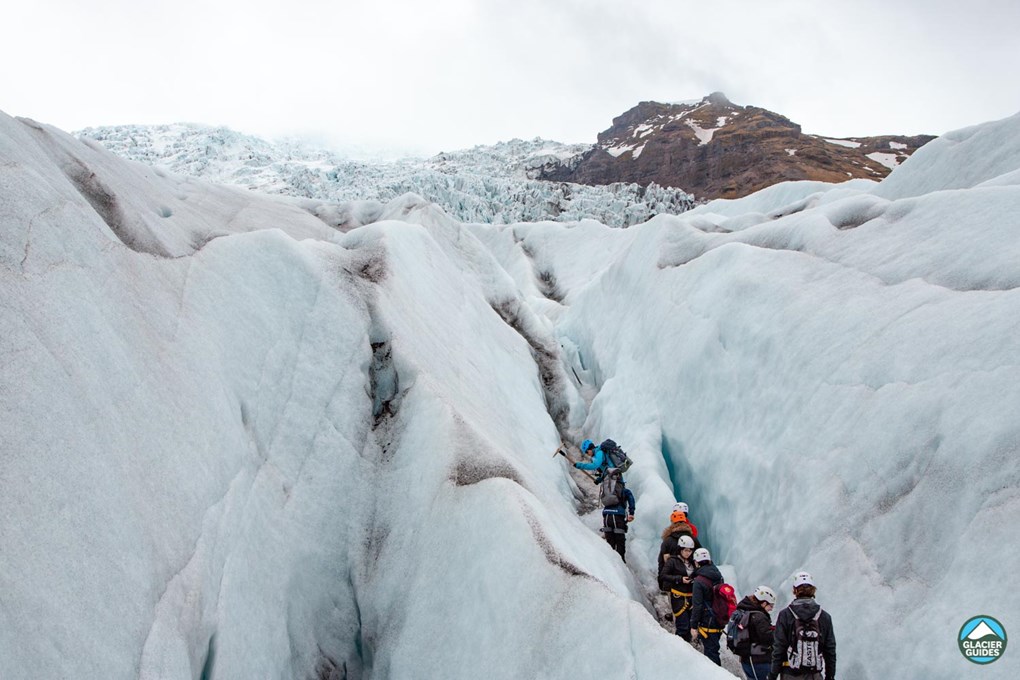 Another excellent glacier activity is venturing into mystic Vatnajökull ice caves. Local adventure guides lead you to an icy crystal blue world and submerge you into the ultimate ice cave adventure.

Most of Vatnajökull’s glacier cave tours last around 40 minutes and depart from Jokulsarlon Glacier Lagoon or Skaftafell.

It is strongly advised not to enter a Vatnajökull ice cave without an experienced guide. Book one of our certified glacier guided Vatnajökull Glacier Blue Ice Cave tours​ with all required safety equipment included! 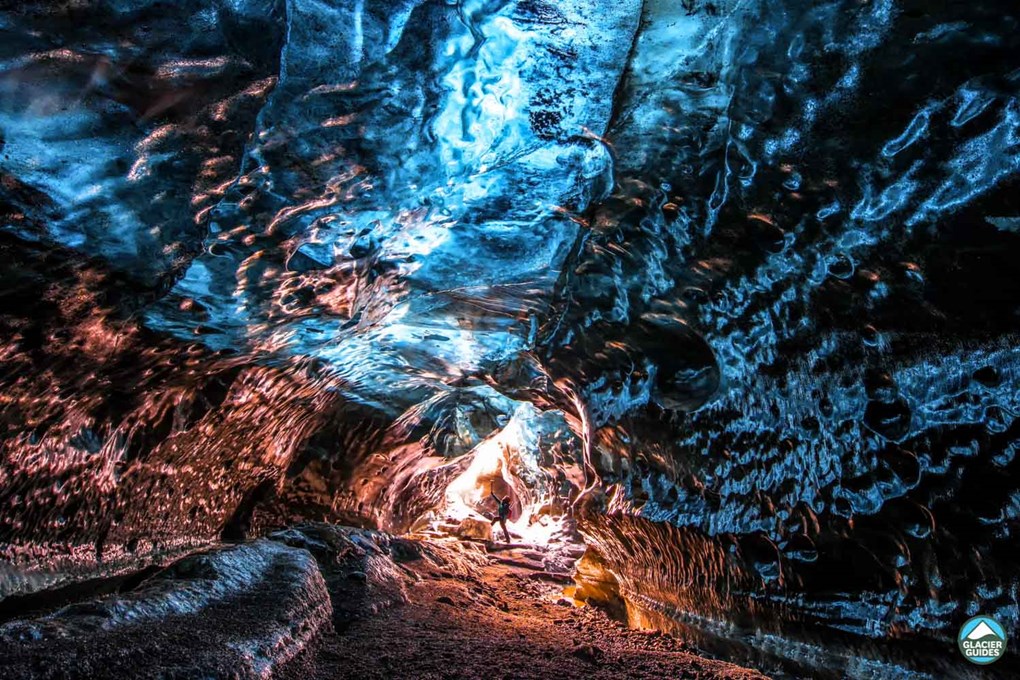 Campsites and Hotels Near Vatnajökull Glacier

There are many places to stay near Vatnajökull Glacier, especially considering how much land it covers! Keep in mind that Vatnajökull is a popular spot. Be sure to book your stay as far in advance as possible.

Here are a few campground, guesthouse, and hotel suggestions between Skaftafell and Höfn areas of Vatnajökull. 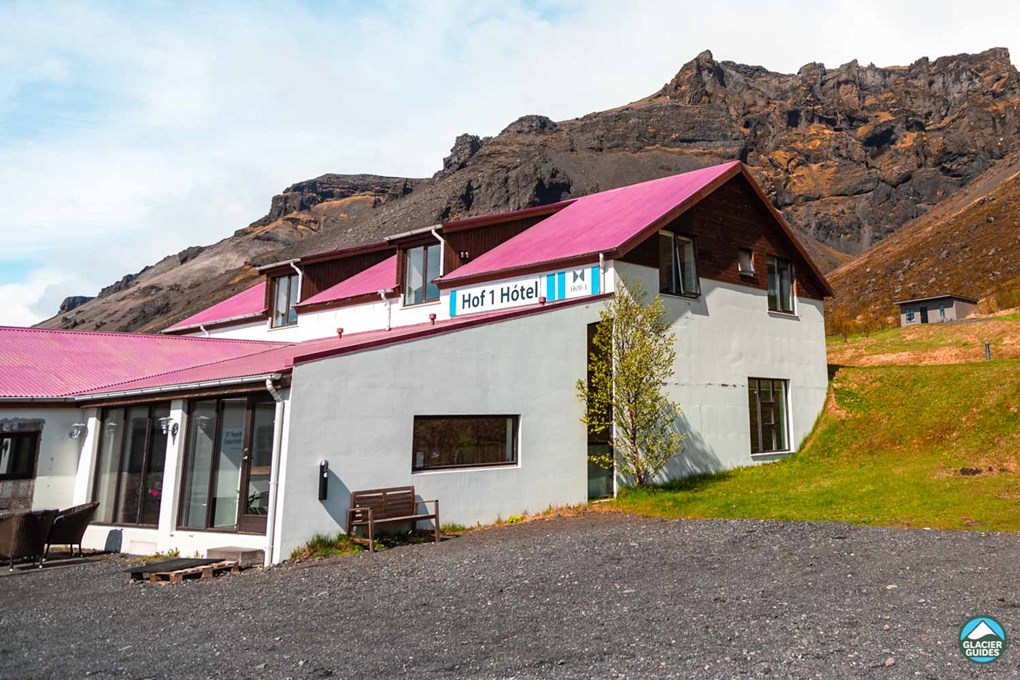 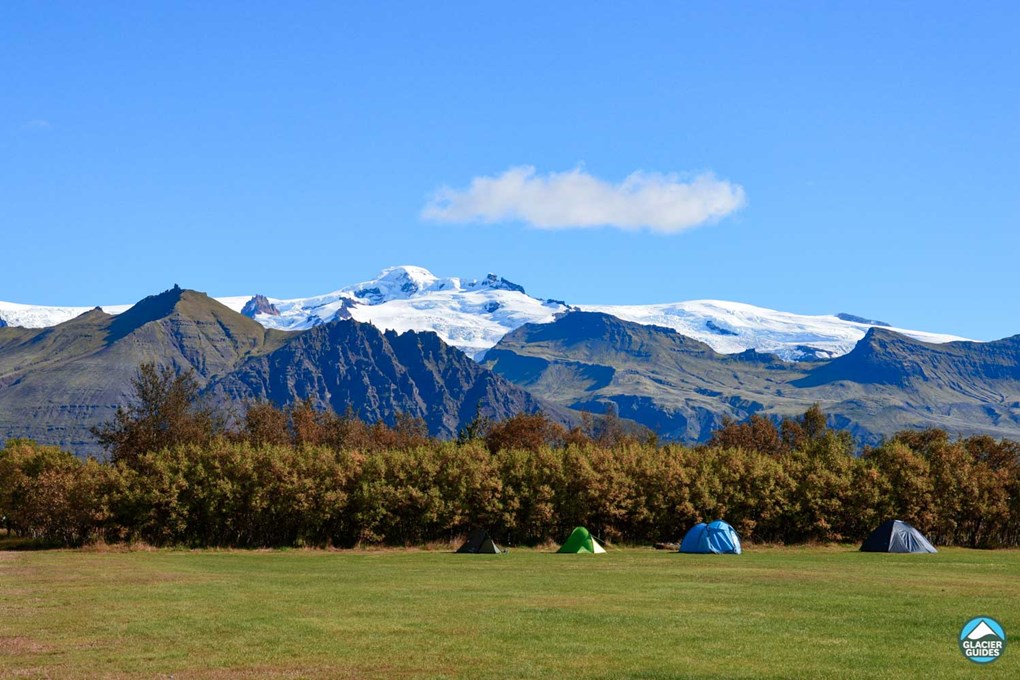 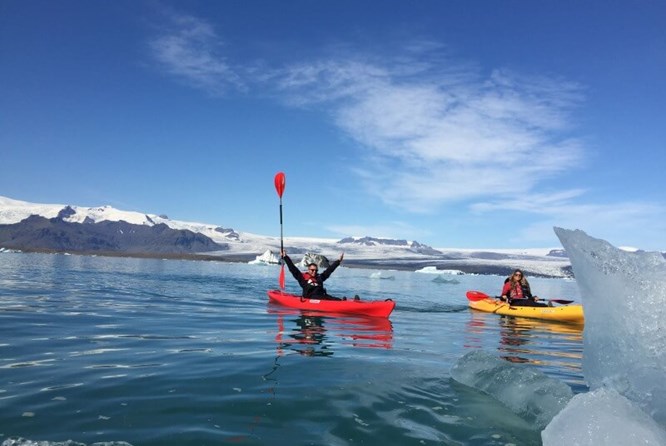 Kayaking Around the Icebergs

This easy kayak trip will take you between uniquely shaped icebergs as you paddle your way across the mirror-surface of Jökulsárlón Glacier Lagoon, one of the most amazing and famous natural wonders in Iceland. Glaciated high mountain peaks ‘frame’ the ice lagoon, playful seals are sometimes seen and ocean birds are plentiful. Create memories to treasure for years to come and photos to die for. The Jökulsárlón kayak adventure is equally suitable for beginners and experienced paddlers. 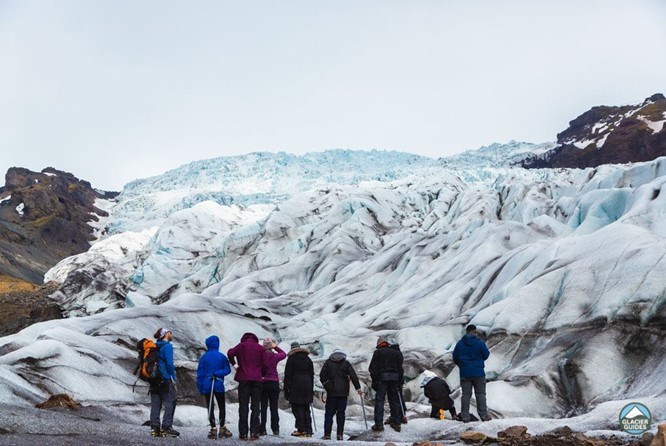 Great for those passing by Skaftafell National Park looking for a stunning glacier adventure. The glacier hike takes place on Falljokull, an outlet glacier from Vatnajokull, Europe's largest glacier. 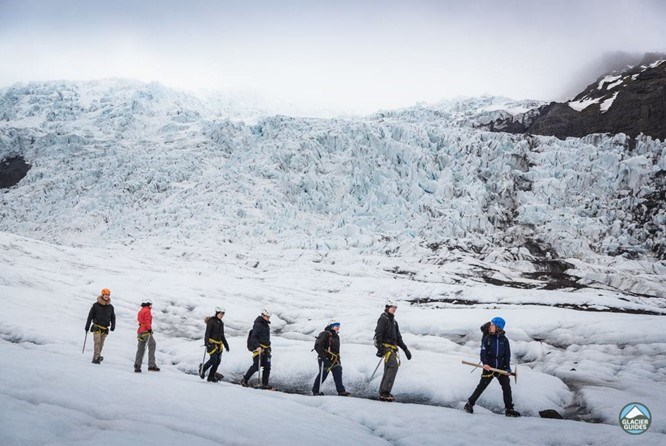 Half Day Glacier Hike from Skaftafell

On this half-day glacier hiking tour you get the chance to explore all that Icelandic glaciers have to offer in just 5 hours. Experience the cascading ice fall of Falljökul Glacier crashing down from the mighty Vatnajökull ice cap. 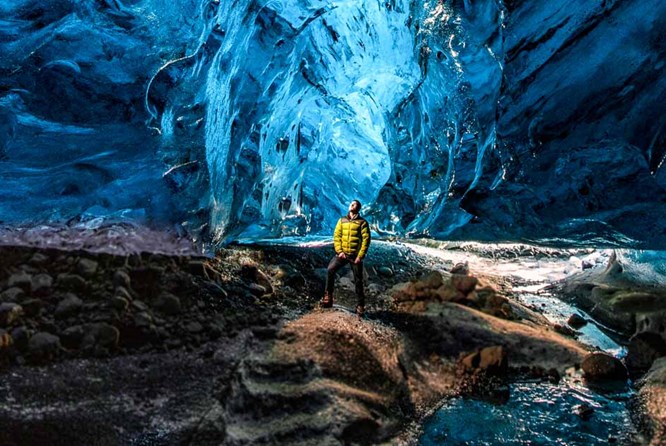 Visit a natural blue ice cave in the south-east of Iceland. The tour leaves from Jökulsárlón Lagoon and we drive to the crystal ice cave in Vatnajökull Glacier. Truly a unique natural wonder!